"EASY ACCESS FOR PLUMBING, ELECTRICAL & AIR CONDITIONING IS A BIG PLUS"

MiTek PosiStruts continue to inspire and amaze - their versatility and strength…and ease of access for services also making them a favourite on-site. The Palisades Hotel, in Sydney’s CBD benefitted from all those advantages…and more. Built in 1904, the Palisades Hotel served as a favourite ‘watering hole’ for workers on the nearby bridge. However a century of hard-earned thirsts had taken their toll and a major overhaul was due.

Riverstone Frame & Truss and owner of The Palisades Hotel, Claudius Wilms have worked together before, so when something ‘a little out of the ordinary’ came along, it seemed only natural they pool their talents.

‘Having a huge crane on-site for an extended period of time wasn’t an option, due to the concentration of traffic in the area,’ said Ian Harlum, Production Manager with Riverstone F & T. ‘Plus, Claudius felt if we could prefabricate a lot of his flooring off-site it would reduce labour costs and speed up the project. His idea: build the flooring at Riverstone... with PosiStruts – in cassttees!’ One of Claudius’s early considerations when looking to PosiStrut modules was also the open-access advantage they offer.

‘CLAUDIUS WAS KEEN TO KEEP THIS PROJECT MOVING – SO BEING ABLE TO SPEED UP THE INSTALLATION OF SERVICES LIKE PLUMBING, ELECTRICAL AND AIR CONDITIONING WAS SEEN AS A REAL BONUS,’ SAID IAN.

But before any ensuing trades could move in some ‘obstacles’ had to be overcome. ‘Detailing and Estimating on this job was critical, not because of the modules themselves, but more because we had to design and build them taking into consideration loading and fixing points in the existing structure,’ said Ian. ‘Even then, it still wasn’t that simple. The age of the building meant we couldn’t just assume everything was square and true. Plus, because we were building on the old roof, there was a fall – so a level plane had to be created, using graded battens to pack up the ends.’ 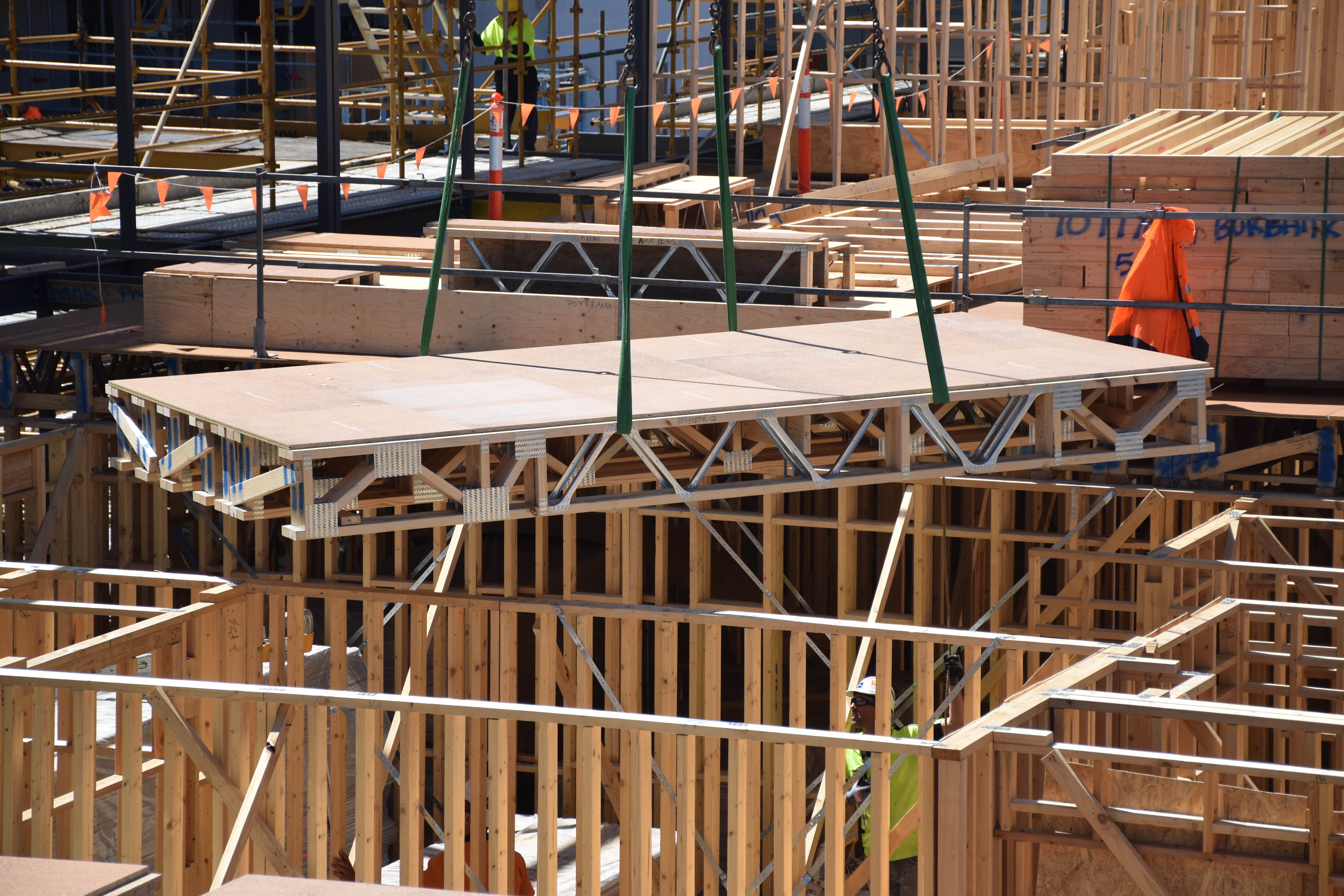 Fortunately Riverstone were able to build the cassettes in ‘transport-friendly’ sizes. ‘If these things had been oversized it would have caused all sorts of complications,’ added Ian. ‘Fortunately the cassettes all stacked neatly on a standard size truck.

This compact design also made them easy to store in the yard in the days preceding transport.’

Whilst Riverstone do mostly residential work, they have some very diverse and accomplished commercial work to add to their CV. The Sydney Backpackers Hostel, the reinvigorated, historic Art Deco Valhalla Theatre and now The Palisade Hotel!